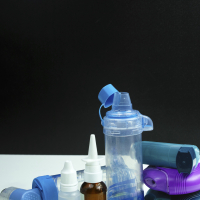 A new Cochrane Review, published in the Cochrane Library today, has found evidence from randomised trials, that taking an oral vitamin D supplement in addition to standard asthma medication is likely to reduce severe asthma attacks.

Asthma is a common chronic disease affecting about 300 million people worldwide. The symptoms of asthma include wheezing, coughing, chest tightness and shortness of breath.

Low blood levels of vitamin D have been linked to increased risk of asthma attacks in children and adults with asthma. There has been a growing interest in the potential role of vitamin D in asthma management because it might help to reduce upper respiratory infections, (such as the common cold) that can lead to exacerbations of asthma. Several clinical trials have tested whether taking vitamin D as a supplement has an effect on asthma attacks, symptoms and lung function in children and adults with asthma.

The team of Cochrane researchers found seven trials involving 435 children and two studies, involving 658 adults. The study participants were ethnically diverse, reflecting the broad range of global geographic settings, involving Canada, India, Japan, Poland, the UK, and the U.S. The majority of people recruited to the studies had mild to moderate asthma, and a minority had severe asthma. Most people continued to take their usual asthma medication while participating in the studies. The studies lasted for between six and 12 months.

The researchers found that giving an oral vitamin D supplement reduced the risk of severe asthma attacks requiring hospital admission or emergency department attendance from 6% to around 3%.They also found that vitamin D supplementation reduced the rate of asthma attacks needing treatment with steroid tablets. These results are based largely on trials in adults. They also found that vitamin D did not improve lung function or day-to-day asthma symptoms, and that it did not increase the risk of side effects at the doses that were tested.

He added, “This is an exciting result, but some caution is warranted. First, the findings relating to severe asthma attacks come from just three trials: most of the patients enrolled in these studies were adults with mild or moderate asthma. Further vitamin D trials in children and in adults with severe asthma are needed to find out whether these patient groups will also benefit. Second, it is not yet clear whether vitamin D supplements can reduce risk of severe asthma attacks in all patients, or whether this effect is just seen in those who have low vitamin D levels to start with. Further analyses to investigate this questions are on-going, and results should be available in the next few months.”

The findings of this Cochrane Review are to be presented at the ERS (European Respiratory Society) Congress in London on Tuesday 6th September.