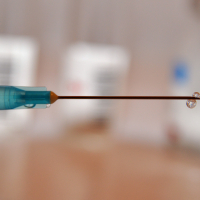 A new Cochrane systematic review published today of surgery for stress urinary incontinence makes an important contribution to an ongoing debate and will help women to make more informed choices about treatment. Inserting a ‘mid-urethral sling’, a type of tape, to support the muscles of the bladder by either the groin or abdomen results in similar cure rates. However, differences in complications and the long term need for repeat surgery mean that women will need to balance a number of different factors when choosing an operation.

Stress urinary incontinence (SUI) is the involuntary loss of urine that occurs with coughing, sneezing or physical exertion. It is a common problem, particularly in women who have had children, and affects millions of people worldwide. It happens due to weaknesses in the structures supporting the bladder and bladder outlet (urethra), mainly the pelvic floor muscles, which then fail to stop urine leaking out when the bladder is under stress, such as when laughing or sneezing, or because of a weakness in the sphincter muscle which normally holds the urethra closed.

Women whose symptoms persist despite trying non-surgical approaches such as pelvic floor exercises may be suitable for surgery in order to improve bladder control. Surgery uses one of two common operations to insert a sling under the urethra in an effort to keep it supported. One approach is the insertion of a sling behind the pubic bone coming out via the abdomen (the bottom-to-top 'retropubic' route), or alternatively from side-to-side coming out through the groin (the 'transobturator' route).

The team of researchers included information from 81 trials in total, of which 55 made the direct comparison between the retropubic and transobturator routes. They found moderate quality evidence that at around 12 months, both routes had successfully cured symptoms in 80% of women. From the few studies that had reported 5 year data, rates of cure in both groups had fallen to around 70%.
Transobturator insertion seemed to carry a lower risk of bladder damage during the operation with around 6 women in 1000 experiencing this compared with 50 in 1000 in the retropubic groups, and fewer women (40 in 1000) in the transobturator group had persistent difficulty in being able to empty their bladder completely compared with around 70 in 1000 in the retropubic group.

In contrast, the transobturator operation led to more short-term groin pain and there is some limited evidence that women who undergo transobturator route insertion are more likely to need a repeat operation later on than women who had a retropubic insertion. The overall rate of erosion of the tape into the vagina was 2% following either surgery when the studies had completed follow-up at between 1 and 5 years. The rate of pain during sexual intercourse was also low in both groups.

Over the last few years many questions have been raised about the safety of continence surgery because it involves implanting a sling made of an artificial mesh. There have been a number of reports of women suffering pain and injury after surgery, thought to be due to the sling which is made of non-absorbable plastic.  This has led to many court actions worldwide, with cases already under way in the UK, the USA and Canada.  In Scotland, the Health minister called for hospitals to consider the suspension of mesh operations until more evidence is available. An independent review set up in Scotland in 2014 to review the safety of these operations will publish its findings later this year. This latest Cochrane Review is one of a number of sources of evidence which will inform the findings of that independent review.

Lead Author, Abigail Ford from the Bradford Teaching Hospitals says, “This is a very significant review informing women about the minimally invasive surgical options available for the treatment of this very debilitating condition. It helps to clarify the pre-existing evidence on the effectiveness of these approaches and their side effects in the short term, as well as introducing longer term evidence of efficacy and safety. It helps to give women more information to make an informed choice.”

Dr Ford continues, “Understanding this evidence in context is really important for women. They need to be aware of less invasive alternatives such as pelvic floor exercises which should be tried first before contemplating any type of surgery.  As all surgery carries some risk women must weigh up carefully how much they are troubled by their urine leakage against taking a small chance that things may go wrong as a result of surgery.”

Joseph Ogah, Consultant Gynaecologist says, “We need to know more about what happens to women in the long term.  This review found 35 trials carried out more than five years ago:  if all the women in these trials were followed up we would know much more about how long the operations last and, crucially, whether they had developed late but important side effects. Rather than starting any new trials in this area we need to obtain long-term follow up from the existing trials. “

Mr Ogah also says, “Although this review compares the two most common operations in current practice in the developed world, we need more robust evidence about how well they compare with the older types of surgery that they have superseded: it may be helpful to look at indirect comparisons if direct evidence is not available or reliable enough.”

You can access the Spanish version of the review here.