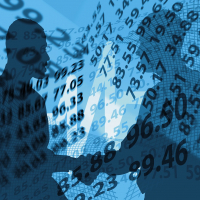 Cochrane is an NGO in official relations with the World Health Organization (WHO) since 2011. In June we reported to the WHO what this partnership has resulted in during these years.

Following is a snapshot of results, illustrating the use of Cochrane’s work by WHO:

Collaboration happens in a variety of other areas.

While the above is already quite impressive, more work needs to be done. One key challenge is timeliness – ensuring that Cochrane Review Groups have sufficient time to respond with high-quality reviews to the priorities of WHO. The plan of work for 2016-2018, currently being developed, outlines a number of strategies that will address this challenge, aiming at further improving the uptake of reviews by WHO. We will share the final plan of work through the Community Newsletter later this year. In addition, a Special Session is organized jointly with the WHO at the Vienna Colloquium, which will encourage further discussion on ways to strengthen our strategic partnership with WHO.